Showing theres a way out 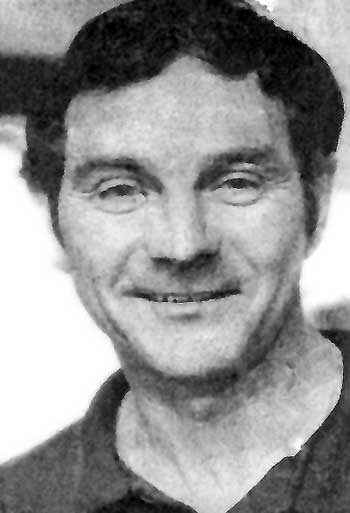 Billy Higgins – ‘I had a hard time growing up’

When money was needed for air fare to bring 60 kids and a priest from Limerick, Ireland, to Boston for three weeks next July, Billy Higgins didn’t think twice about coming up with $27,000 of his own.

“I had a hard time growing up and I think it’s important to show these kids there is a way out,”  Higgins, 44, now a South Boston businessman, said recently.  “What we’re trying to do is to give these kids a better childhood and a sense of dignity.  I think we can do that through sports.”

Rev.  Josepth P. Young, a 32-year-old Catholic priest who has been working for the last eight years with disadvantaged boys and girls of Holy Family Parish in the Southill section of Limerick, is the reason Higgins has let his work slide at his various business interests – his Nautilus fitness center, his service station and his used car business – to organize a dinner to raise funds for the Father Joe Young Association on April 16th at Pier 4.

The $150-a-plate dinner, will cover air fare costs for the group from Ireland, which Higgins paid out of his own pocket so the group could qualify for Super-Saver fares under a Feb. 28 deadline.  Mayor Flynn is charman of the committee, which includes clergy, politicians and friends.

Meanwhile, Higgins’ home has become a command post for the visit.  Charts cover the dining room walls with singing engagements scheduled for the Irish visitors, which include stops at the State House and City Hall, and homes that will put them up during their stay.  Father Young will be flown here to give the keynote speech at the dinner.  Higgins’ wife, Rachel, and their four children, Denise 20, Billy, 18, Andrea, 15, and Donald, 13, are also involved in the preparations.

“I grew up in South Boston on C Street about a block from the D Street Housing Project,” Higgins said.  “My father was a truck driver and my parents were separated when I was 12.  By the time I was 14, I was out all night stealing hubcaps and breaking into cars stealing radios.  My mother was moving every two months to beat the rent.  The only way I could get into a dance at Gate of Heaven parish was to share a jacket with a friend and in borrowed shoes and tie.”

It was at a Gate of Heaven dance when he was 18 that he met Rachel Cappuccio, and it was Rachel and her Italian family who, Higgins said, “changed my life.”  The couple bought a three-family house and leased a service station, which turned a 32-cent profit the firs month.

It was through his daughter, Andrea , that Higgins first heard of Father Young in 1985.  A runner who holds gold medals in Boston races, Andrea was chosen last year to compete in the Junior Olympic Shamrock Games in Limerick. we were staying with families in Southill, which is sort of like the D Street project, and Father Young looked out for us.  Southill is not on any Ireland tourist map.  It is considered the bleakest area in the Republic of Ireland, with an unemployment rate of over 65 percent,” Higgins said.

For 12 days, he and Rachel and their children worked with Father Young and, Higgins recalled, about 2,000 kids between the ages of 12 and 16, helping out with his soccer & basketball teams as well as with his singing groups.

The 60 children who will come to Boston this summer were chosen from among 800 who wrote essays to win the chance.

When he brought his first group of kids to Boston in 1982, Father Young’s pockets were empty and the group had no place to stay, but they regaled travelers at Logan  Airport with songs.  Martin Bart Nee of the Irish-American Club of South Boston heard of their plight and got them places to stay and to sing.  On this visit, thanks to Billy Higgins and his friends, all that has been arranged.