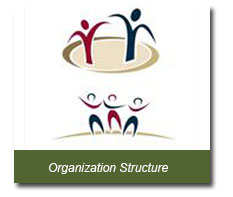 Article I – Name of Organization

The name of this organization shall be the Southill Children’s Fund.  The address of the organization is 47 Farragut Road, Boston, MA 02127.

The purpose of the organization shall be to provide educational, and athletic exchange programs for the children of Ireland  and for the children of varied neighborhoods of the City of Boston.  The mission of the organization shall be to offer programs assistance to break down barriers of poverty, ignorance, and despair for both groups of children, domestic and foreign, Further, to support and at times continue the exchange program between the children of The City of Boston and Ireland.

Article III – Board of Directors and Meetings

The Board of Directors shall be composed of representatives of the communities of Boston and it’s diverse neighborhoods.  Citizens from Ireland shall also participate but in a limited way due to geographic seperation.

The Directors shall be elected to the Boardevery two years and serve a two year term.  There shall be a minimum of five and a maximum of fifteen active Directors.  Each Director shall have one vote at each of the meetings of the Board of Directors.

The Board of Directors shall meet at least three times a year.  One of those meetings will be held in June and shall be known as the Annual Meeting.  At the Annual Meeting, board members shall be elected for their term of office.

The quorum necessary for the conducting of business shall be two thirds of the total Board membership.  In the event that there is not a quorum at least two meetings each year, the President, Treasurer and one Director are empowered to act as the Executive Committee in order to conduct business necessary for the operation of the Fund.

The powers of the Directors shall be considered to be in accordance with the powers of directors as stated in the provisions of Chapter 180 of the Massachusetts General Laws.  (The law governing non-profit corporations)

The Board of Directors shall once every two years elect a President and Secretary – Treasurer for the organization at the Annual Meeting as well.  The President shall preside at Board of Directors meetings and perform such duties as are customarily pertaining to the office of President of a nnon-profit corporation.

The Secretary – Treasurer shall keep all financial records, correspondence and minutes to the Board and any committee meetings.  He or she shall prepare an annual statement of disbursements and expenditures during the fiscal year.

The President is empowered to authorize all contracts or expenditures, and the Secretary – Treasurer in his/her absence.

Directors and Officers may be removed from their position or office by majority vote of the Board of Directors with or without cause.

There shall be a Clerk of organization to maintain the legal documents and records of the organization.  He or she shall be retained by a vote of the Board of Directors.

The fiscal year for the organization shall be from January 1 to December 31 of each year.

These By-Laws may be amended, added to or repealed by the vote of the majority of the Board of Directors at a Board Meeting only after proper notification and discussion.